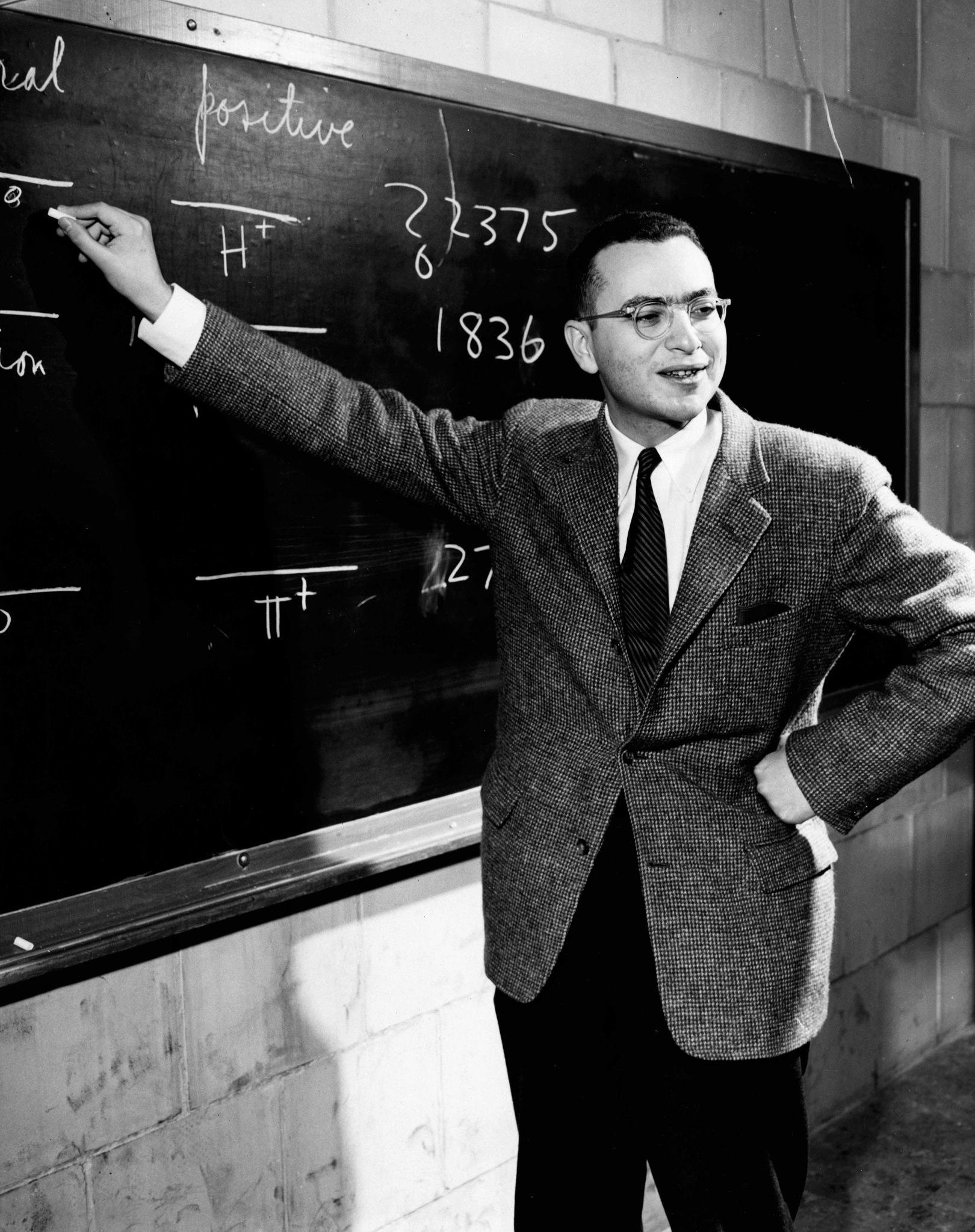 From the NY Times obituary of Murray Gell-Mann:

As with strangeness, the Eightfold Way and quarks were independently discovered by other theorists, but the breadth of Dr. Gell-Mann’s accomplishments and his flare for nomenclature ensured that his would be the name most remembered.

His instincts weren’t infallible. At first he dismissed quarks as mathematical abstractions — an accounting device with no real correlate in the physical world. There was good reason for his skepticism: Quarks would have to have electrical charges measured in thirds, something that was never observed.

After quarks were confirmed indirectly in an experiment at the Stanford Linear Accelerator Center, in Menlo Park, Calif., Dr. Gell-Mann denied that he had ever doubted their existence. He went on to help explain how the tiny particles are permanently stuck together, keeping their fractional charges hidden from view.

So Gell-Mann wasn't sure if the quarks were real, but he gets the credit because he gave them a good name!

This isn't as ridiculous as it sounds. Coincidentally, Dr. Bee has an essay:

What do scientists mean when they say that something exists? Every time I give a public lecture, someone will come and inform me that black holes don’t exist, or quarks don’t exist, or time doesn’t exist. Last time someone asked me “Do you really believe that gravitational waves exist?” ...

When we say that these experiments measured “gravitational waves emitted in a black hole merger”, we really mean that specific equations led to correct predictions.

It is a similar story for the Higgs-boson and for quarks. The Higgs-boson and quarks are names that we have given to mathematical structures. In this case the structures are part of what is called the standard model of particle physics. We use this mathematics to make predictions. The predictions agree with measurements. That is what we mean when we say “quarks exist”: We mean that the predictions obtained with the hypothesis agrees with observations.

That's right. A quark is just a useful name for part of a mathematical model, it is not clear that it makes any sense to even talk about whether it is any more real than that.

The obituary does partially explain the hyphen in his name: His father was born Isidore Gellmann in Eastern Europe, and changed his name in New York to Arthur Gell-Mann.
Posted by Roger at 4:00 PM