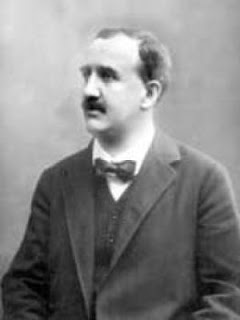 Jan. 25, 2013 — A new study reveals the contribution of a little known Austrian physicist, Friedrich Hasenöhrl, to uncovering a precursor to Einstein famous equation.

A new study reveals the contribution of a little known Austrian physicist, Friedrich Hasenöhrl, to uncovering a precursor to Einstein famous equation.

Two American physicists outline the role played by Austrian physicist Friedrich Hasenöhrl in establishing the proportionality between the energy (E) of a quantity of matter with its mass (m) in a cavity filled with radiation. In a paper about to be published in the European Physical Journal H, Stephen Boughn from Haverford College in Pensylvannia and Tony Rothman from Princeton University in New Jersey argue how Hasenöhrl's work, for which he now receives little credit, may have contributed to the famous equation E=mc2.

According to science philosopher Thomas Kuhn, the nature of scientific progress occurs through paradigm shifts, which depend on the cultural and historical circumstances of groups of scientists. Concurring with this idea, the authors believe the notion that mass and energy should be related did not originate solely with Hasenöhrl. Nor did it suddenly emerge in 1905, when Einstein published his paper, as popular mythology would have it.

Given the lack of recognition for Hasenöhrl's contribution, the authors examined the Austrian physicist's original work on blackbody radiation in a cavity with perfectly reflective walls. This study seeks to identify the blackbody's mass changes when the cavity is moving relative to the observer.

They then explored the reason why the Austrian physicist arrived at an energy/mass correlation with the wrong factor, namely at the equation: E = (3/8) mc2. Hasenöhrl's error, they believe, stems from failing to account for the mass lost by the blackbody while radiating.

Before Hasenöhrl focused on cavity radiation, other physicists, including French mathematician Henri Poincaré and German physicist Max Abraham, showed the existence of an inertial mass associated with electromagnetic energy. In 1905, Einstein gave the correct relationship between inertial mass and electromagnetic energy, E=mc2. Nevertheless, it was not until 1911 that German physicist Max von Laue generalised it to include all forms of energy.

I reported on this paper in Aug. 2011 here and here, with a link to an English translation of Hasenöhrl's 1904 paper.

None of this supports Kuhnian paradigm shifts. Kuhn defined such a shift as an irrational change of viewpoint with no measurable evidence. (Kuhn preferred the terms arational and incommensurable.) The relation between relativistic mass and energy was first predicted by Lorentz in 1899, and experimentally tested in 1902.
Posted by Roger at 8:00 AM