First picture of a black hole 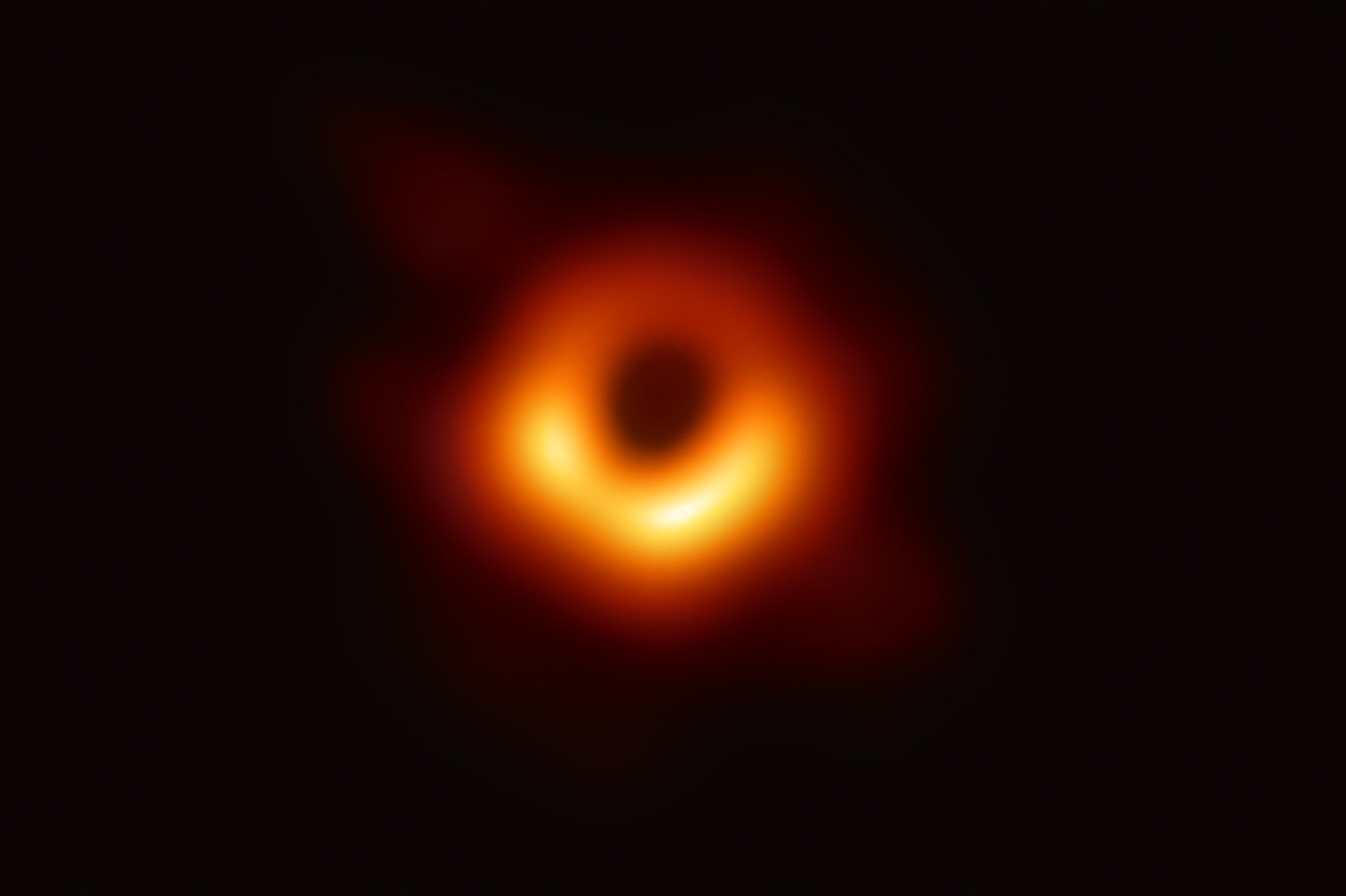 In one of the most anticipated and hyped announcements in the history of science, we now have a picture of a black hole. Of course the articles credit Einstein:


The image offered a final, ringing affirmation of an idea so disturbing that even Einstein, from whose equations black holes emerged, was loath to accept it. If too much matter is crammed into one place, the cumulative force of gravity becomes overwhelming, and the place becomes an eternal trap, a black hole. Here, according to Einstein’s theory, matter, space and time come to an end and vanish like a dream.

On Wednesday morning that dark vision became a visceral reality. As far as the Event Horizon team could ascertain, the shape of the shadow is circular, as Einstein’s theory predicts. ...

“Einstein must be totally chuffed,” said Priyamvada Natarajan, an astrophysicist at Yale. “His theory has just been stress-tested under conditions of extreme gravity and looks to have held up.”

The picture doesn't really have much to do with Einstein or relativity. Long before relativity, scientists predicted that a sufficiently dense object would have a gravitational force so great that light could not escape. Also, stars collapse when they run out of fuel, for reasons that have little to do with relativity.

Update: The stories give the impression that the image was being released as soon as it was obtained. There are already two xkcd cartoons making fun of it. 2133 2135

I assume that they did not start hyping this until they were sure that they could present a could picture. I also assume that there was a lot of image enhancement. I hope they release the raw data, so we can see just how fake this is.
Posted by Roger at 10:23 AM