Scientists, in the Age of Trump 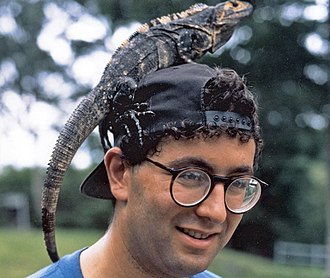 
In Age of Trump, Scientists Show Signs of a Political Pulse

Michael Eisen, an evolutionary biologist, is among the elite of American scientists, with a tenured position at the University of California, Berkeley, and generous funding from the Howard Hughes Medical Institute for his research on fruit flies.

But late last month, dismayed over the Trump administration’s apparent disdain for evidence on climate change and other issues, Dr. Eisen registered the Twitter handle @SenatorPhD and declared his intention to run in the 2018 election for a seat in the United States Senate from California. His campaign slogan: “Liberty, Equality, Reality.”

Why is it that an evolutionary biologist can spend his career studying fruit flies, and suddenly think that he is an expert on climate change?

This seems to be a disease among evolutionary biologists, that they are eager to jump into political disputes way outside their expertise.


Chanda Prescod-Weinstein, a cosmologist and particle physicist at the University of Washington,... said she was especially incensed by what she and others viewed as efforts by some science organizations to reach out to the Trump administration. ...

Almost every government that has accomplishment anything in the history of science was what would now be classified Islamophobic and nationalist.

I would expect smart scientists to make more sense than this.
Posted by Roger at 8:00 AM