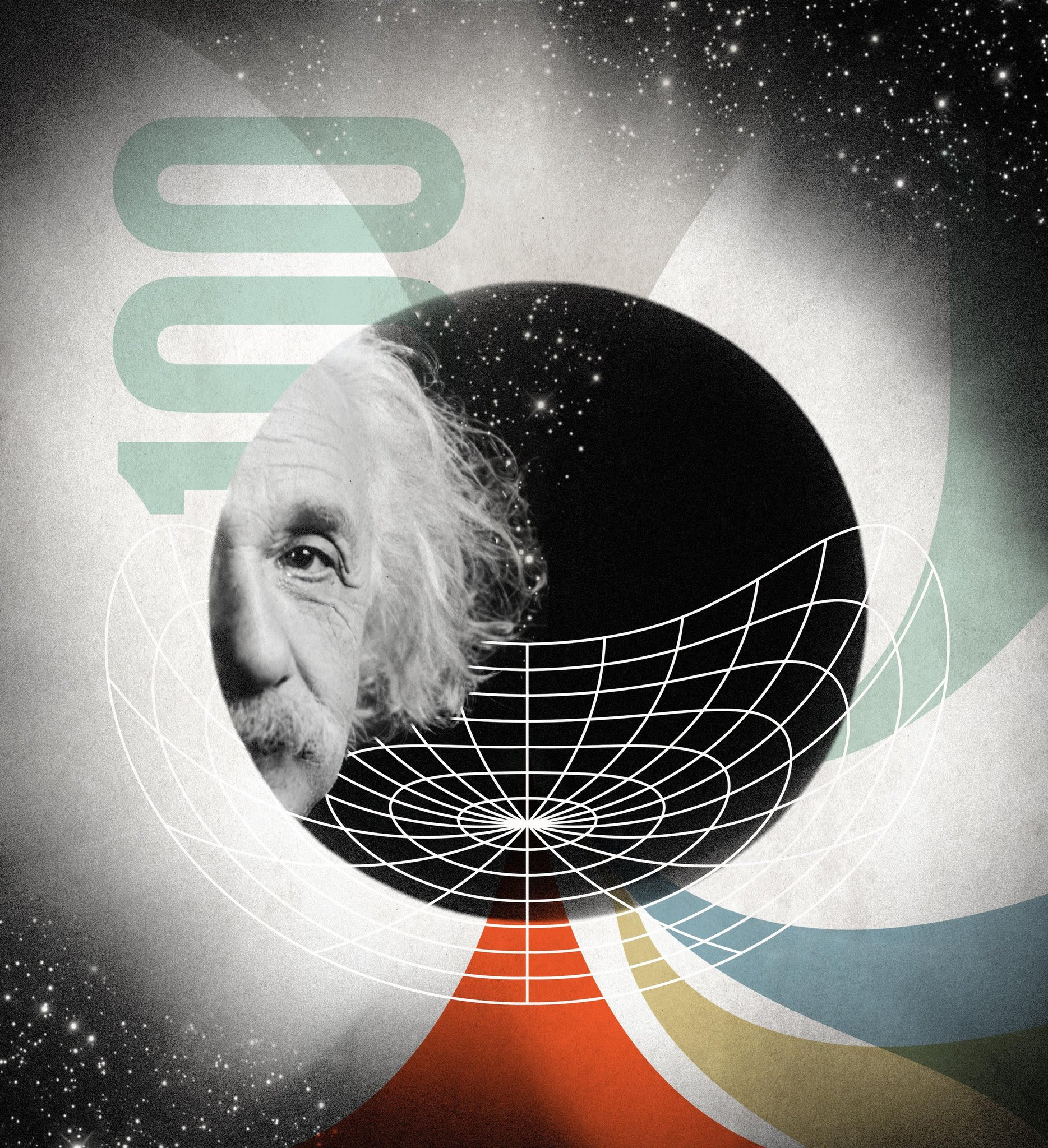 
This is the general theory of relativity. It’s a standard trope in science writing to say that some theory or experiment transformed our understanding of space and time. General relativity really did. ...

Hardly anybody would be more surprised by all this than Einstein himself. The space-time he conjured turned out to be far more frisky than he had bargained for back in 1907. ...

Gravity was not a force transmitted across space-time like magnetism; it was the geometry of that space-time itself that kept the planets in their orbits and apples falling.

It would take him another eight difficult years to figure out just how this elastic space-time would work, during which he went from Bern to Prague to Zurich and then to a prestigious post in Berlin.

He makes it sound as if Einstein invented space-time geometry in 1907, and spent 8 years figuring out how to interpret gravity as geometry.

Physics books often say this also, but it is wrong. Poincare discovered the spacetime geometry in 1905, and was the first to apply it to gravity. As I wrote last month:


Many people assume that Einstein was a leader in this movement, but he was not. When Minkowski popularized the spacetime geometry in 1908, Einstein rejected it. When Grossmann figured out to geometrize gravity with the Ricci tensor, Einstein wrote papers in 1914 saying that covariance is impossible. When a relativity textbook described the geometrization of gravity, Einstein attacked it as wrongheaded.

Einstein did make some contributions to the theory, he should only be credited for what he did.

I previously criticized Overbye for the way he credited Einstein for special relativity:


But in Einstein's formulation did objects actually shrink? In a way, the message of relativity theory was that physics was not about real objects, rather, it concerned the measurement of real objects. ...

No such declaration of grandeur, of course, intruded on the flat and somewhat brisk tone of the paper. Albert simply presented his argument and in many cases left it to the reader to fill in the gaps and to realize the implications.

A more complete quote is here. That is a nice statement of the message of relativity, but it was Poincare's view, and not Einstein's.
Posted by Roger at 8:00 AM