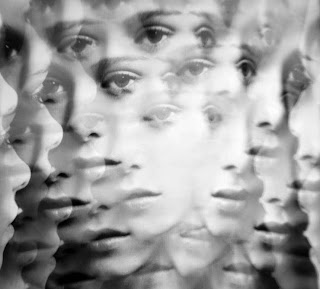 All the major "realist" attempts to reform the foundations of quantum mechanics – de Broglie-Bohmian mechanics, Ghirardi-Rimini-Weber-like collapse theories, and Everett-style many worlds – are known to suffer from serious diseases. To a large extent, "realism" itself is the problem.

I am still willing to admit that there is no truly "rock-solid proof" of the statement that "there cannot be any realist reinterpretation or 'improvement' of quantum mechanics".

The quest for "realism" in physics is an Einsteinian disease, and led me to write my book on the subject.

We have 80 years of theoretical and experimental evidence, all pointing to the supposedly-realist models of quantum mechanics being wrong. Isn't that enuf?

The bizarre behaviour of the quantum world — with objects existing in two places simultaneously and light behaving as either waves or particles — could result from interactions between many 'parallel' everyday worlds, a new theory suggests. ...

Charles Sebens, a philosopher of physics at the University of Michigan in Ann Arbor, says he is excited about the new approach. He has independently developed similar ideas, to which he has given the paradoxical name of Newtonian quantum mechanics. ...

The next step for the team will be to come up with ways in which their idea can be tested. If the many-interacting-worlds approach is true, it will probably predict small differences from quantum theory, Wiseman says.

This is the game plan. Refuse to accept 1930 physics. Pretend that the world is more like your Newtonian intuitions. Except add some bizarre parallel universes or other nonsense that would be stranger and more non-intuitive than quantum mechanics. Find some way to test it in order to disprove quantum mechanics. Then discover that quantum mechanics still works, just like in 1930. This story has played out a thousand times. Reporting this is like reporting someone's idea for a perpetual motion machine.

It is bizarre that these models are even called realist. Bohmian mechanics supposedly tells you where the electron is, but then requires you to believe that the electron has a sort of guardian angel that has a magical and nonlocal influence on it. The many-worlds requires vast parallel universes that can never be observed.

1: concern for fact or reality and rejection of the impractical and visionary
2a : a doctrine that universals exist outside the mind; specifically : the conception that an abstract term names an independent and unitary reality
b : a theory that objects of sense perception or cognition exist independently of the mind — compare nominalism
3: the theory or practice of fidelity in art and literature to nature or to real life and to accurate representation without idealization

I guess the idea is that the Copenhagen interpretation of quantum mechanics makes predictions based on our knowledge of the system, and is therefore in the mind. A theory that posits unobservable ghosts would be outside the mind, and therefore realist.

This is backwards. Realism, to me, means accepting what is demonstrably observed, and not living in some fantasy world of unobservables.

I can't blamed de Broglie for having some of these ideas in 1923. They were intensely debated in the late 1920s, and thought to be settled then. But it appears that no amount of evidence will convince the Einsteinian physicists who insist that there is a missing ingredient to quantum mechanics that is going to make it realist.

Sean M. Carroll is one who believes that quantum mechanics is missing realism:

This interpretational anxiety stems from the single basic difference between quantum mechanics and classical mechanics, which is both simple and world-shattering in its implications:

According to quantum mechanics, what we can observe about the world is only a tiny subset of what actually exists.

Attempts at explaining this principle often water it down beyond recognition. "It's like that friend of yours who has such a nice smile, except when you try to take his picture it always disappears." Quantum mechanics is a lot more profound than that. ...

Most modern physicists deal with the problems of interpreting quantum mechanics through the age-old strategy of "denial." ...

At some point, however, we need to face the music.

For him, facing the music means believing in unobservable parallel universes.

The idea that we can only observe a tiny subset of reality is just a mystic belief. Or religious. Jesus said, "My kingdom is not of this world." John 18:36. Maybe so, but physics can only deal with what is of this world.
Posted by Roger at 8:00 AM