Boson of the Year 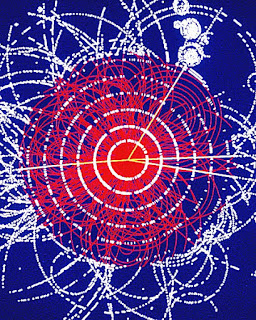 Time magazine has announced its nominations

Take a moment to thank this little particle for all the work it does, because without it, you'd be just inchoate energy without so much as a bit of mass. What's more, the same would be true for the entire universe. It was in the 1960s that Scottish physicist Peter Higgs first posited the existence of a particle that causes energy to make the jump to matter. But it was not until last summer that a team of researchers at Europe's Large Hadron Collider — Rolf Heuer, Joseph Incandela and Fabiola Gianotti — at last sealed the deal and in so doing finally fully confirmed Einstein's general theory of relativity. The Higgs — as particles do — immediately decayed to more-fundamental particles, but the scientists would surely be happy to collect any honors or awards in its stead.

Einstein was Time's Man of the Century, and he always has to credited somehow. For nearly a century they've been saying that something finally confirmed Einstein's general theory of relativity, but this time the Higgs boson has nothing to do with it.

Update: Lumo later finds some other errors in the Time announcement, following Strassler.
Posted by Roger at 8:00 AM