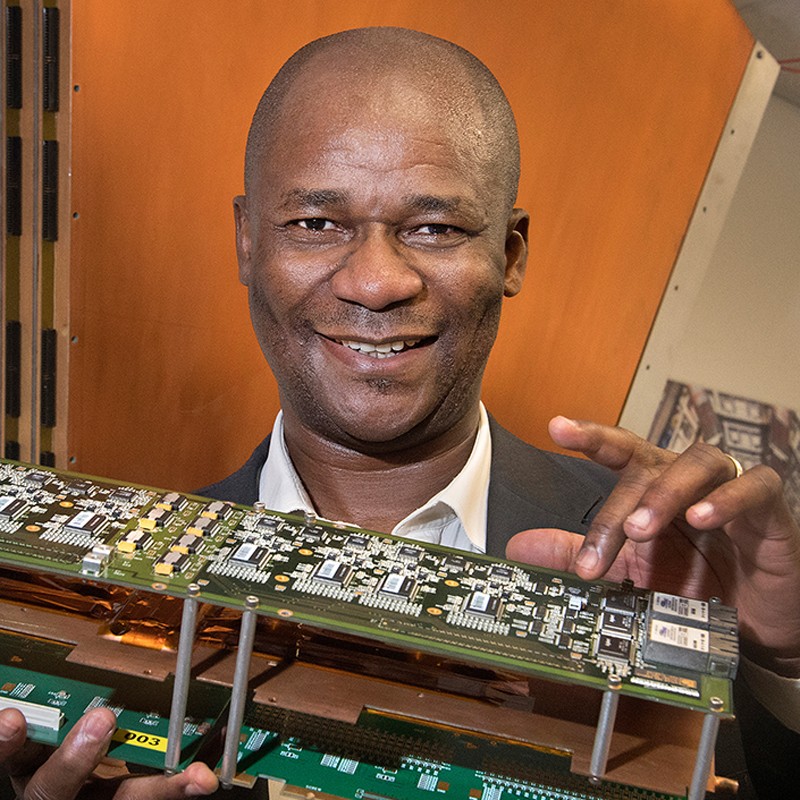 Particle physics has become a boring field. The only new discovery in decades was the Higgs particle, confirming a 1964 prediction.

So what to do? Get rid of the White males, and bring in the BIPOC trannies!

What particle physics can do to improve diversity

Kétévi Assamagan describes how US particle physicists are trying to make their field work for people of all genders, ethnicities and backgrounds.

This year, thousands of particle physicists thrashed out the future of their field in the United States, in a roughly once-in-a-decade planning exercise called Snowmass. For the first time, the process — which influences US federal funding — elevated diversity, equity and inclusion (DEI) issues to sit among the ten major topics, or frontiers, that were discussed. ...

George Floyd’s death in 2020, and other times that police have killed Black people, have made people more aware that something needs to be done. Many institutions and organizations have started paying attention to DEI issues and to the climate in the workplace.

But it doesn’t necessarily translate into action. In an anonymous survey we did at Snowmass, we saw that men, in general, believe less that there is an issue with diversity. They are the biggest group in physics and the people who need to be convinced if we are to translate all the things we talk about into change.

The group also wants to build a muon colliders, if it can be done without White men.

George Floyd died of a fentanyl overdose, while the police were getting an ambulance for him and he was resisting. I watched the trial. No evidence of racial animosity was presented. The police had no reason to believe that they were doing anything harmful, and I don't think that they were. He would have died faster if the police were not there.

It is pretty crazy to think that incident has anything to do with Physics research. I think that the govt should do more to stop fentanyl poisonings. But it is also crazy to complain about police killing Black people. Blacks are only killed in proportion to them violently resisting arrest. Blacks are actually killed less than one would expect, based on crime incidence.

But regardless, is the LHC collider going to hire some incompetent Black physicists because of the behavior of some no-good criminal junkie like George Floyd? Maybe the thinking is that the LHC is never going to do any worthwhile Physics again anyway, so we as might as well take some Black junkies off the streets to showcase diversity, and let the White men do something productive elsewhere.

In case you think this is offensive, I am not the one comparing Black physicists to George Floyd. That was Nature magazine and the Snowmass committee. I am not even sure of the point of the analogy. Do they think that Whites should be more accommodating of Black drug addiction and criminal and antisocial behavior? Or that White secretly want to strangle Blacks before they get jobs as particle physicists? Maybe some reader can explain the logic to me.