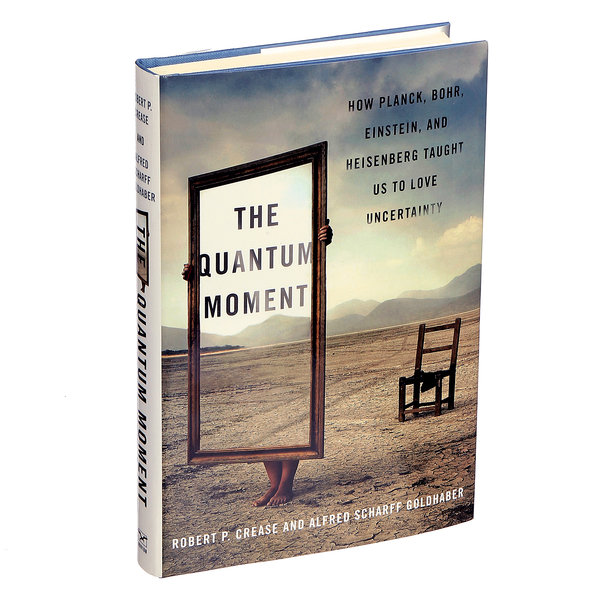 
“On or about September 1927,” wrote the philosopher Ray Monk, “the physical world changed.” Until then, according to Robert P. Crease and Alfred Scharff Goldhaber’s rich and entertaining new book, “The Quantum Moment,” we lived in a homogeneous, continuous, Newtonian world in which all objects moved seamlessly from the past to the future, governed by universal mathematical laws.

But in that fateful year, everything changed: Objects now follow different rules depending on their size, and we can never be sure where they are or what they are doing. ...

For Newtonian physics, much worse was to come. From 1925 to 1927, quantum mechanics moved from challenging the contents of classical physics to undermining its deepest foundations. ... The location and momentum of an object, and even whether it is a wave or a particle, was no longer a free-standing fact of nature. It depended on the act of observation.

Popular accounts of quantum mechanics commonly have this sort of exaggerated nonsense. The theory that matter is made of atoms goes back to the ancient Greeks, so the Newtonian world was not so homogeneous and continuous. The quantum world is governed by universal mathematical laws as much as the Newtonian one.

They always say how the quantum world is uncertain, but it is much more certain that the Newtonian world. Newtonian mechanics never had a way of observing and predicting atomic behavior.


Quantum mechanics changed the world not by reintroducing spiritualism into science but by extinguishing the dream of perfect determinism and mathematical predictability that structured the Newtonian universe.

Yet that dream is far older than Newton: Already in the sixth century B.C., Pythagoras and his disciples claimed that everything in the world could be described by whole numbers and their ratios, and more than two millenniums later, Descartes made a powerful case for a perfectly rational and mathematically knowable universe. Each time, however, the rigorous scheme fell victim to the forces of disorder: The Pythagoreans had their “quantum moment” when they discovered irrational numbers, which proved the hopelessness of their quest; Descartes’s followers were felled by Newton’s discovery of universal gravity.

Pursuing this analogy, the Pythagoreans should not have given up on a mathematical universe just because some numbers are irrational. The discovery of irrational numbers was just more mathematical knowledge, and quantum mechanics is more physics knowledge.

Goedel often gets thrown into this analogy also, showing that math itself is uncertain. People read these books and get the impression that the world was well-understood until the XX century, and then math and physics became uncertain. The truth is more nearly the opposite. The world is much more certain and understood.

Consider XX century inventions like lasers and atomic clocks. These were made possible by quantum mechanics, and they have a precision and certainty far beyond what anyone could imagine in the pre-quantum world. Newtonian mechanics cannot get you anything like these.