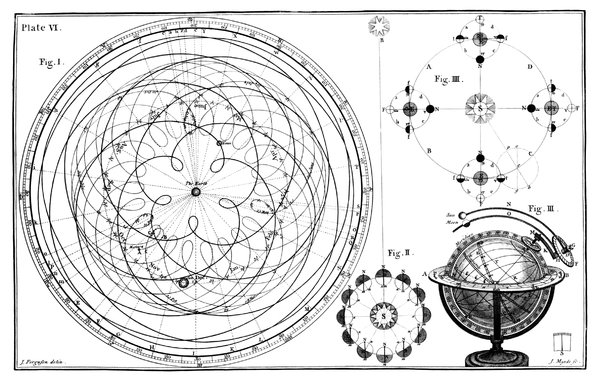 
On Jan. 21, at 10:54 a.m. Eastern Time, Mercury will begin its first pass by Earth of the new year. For about three weeks, it will appear to move backward across our sky and will, according to astrologers, disrupt technology, communication and human concord. ...

The astrological belief that Mercury retrograde leads to confusion and breakdown is inherited from the time before we understood that Earth is not the center of the cosmos. From our perspective, Mercury appears to move quickly and erratically, so the ancients called it a messenger and a trickster. It took three millenniums to figure out that this was an illusion. Before that, Ptolemy constructed elaborate models in which the other planets spun around us like insane tops, and the models stayed with us long after the observations stopped matching the math. Copernicus’s heliocentric theory explained retrograde motion much more elegantly, but he kept it unpublished nearly until his death. Mercury told its story, anyway: To understand the illusion of its movement means to realize that we are not at the center of things, that there is a reality beyond the one we see.

[image caption] Stuck in the Middle | A geocentric model of our universe, from James Ferguson’s 1756 “Astronomy Explained,” highlights its absurdity; the Ptolemaic system required that the planets in our solar system orbit Earth in strange, looping arcs.

You will not find anything like that 1756 diagram in Ptolemy's Almagest, because his model never said anything about those strange looping arcs. He did not attempt to model the distance from the Earth.

The Mercury retrograde motion is an illusion, but the same reasoning says that so is the rising and setting Sun, and the apparent motion of the stars in the night sky.

Ptolemy's model was in use for well over a millennium, probably longer than any other scientific model of any kind. Yes, some data needed to be updated. I think that some of it was already out of date when Ptolemy was alive, as he did not have the latest astronomical data. But his model was pretty good.

It is amazing how people get confused on this issue. I criticized Jerry Coyne, and now he has asked Sean M. Carroll to explain whether the Earth goes around the Sun or vice-versa:

The Earth-centered coordinates may be dumb for understanding Solar System dynamics, but preferable for other purposes. So Carroll is wrong to say that they are dumb.

Somewhat more careful (dare I say “rabbinical”?) discussion by me here:
Note, however, that while you can say “I am using a coordinate system where the Earth is at the center,” you can not say “Coordinate systems where the Sun [or the Solar System’s barycenter] is at the center are wrong.” So “geocentrism” is flatly incorrect.
Also, not to belabor the obvious: early geocentrists were not relying on coordinate invariance, and attempts by modern ones to save the old ideas are kind of pitiful.

I guess he is trying to say that Ptolemy got the right answer for the wrong reason, and so he should not get any credit.

Ptolemy did not show how to convert from one coordinate system to another, or show the equivalence of coordinate systems. I do not know who first did those things. But regardless, there is nothing wrong with choosing a coordinate system and sticking to it. Maybe it is not as good for understanding dynamics, but it might be better for mapping the night sky.

This US NSFA 2012 study measured public understanding of science by asking 10 questions.

Physical science
The center of the Earth is very hot. (True)

The continents have been moving their location for millions of years and will continue to move. (True)

All radioactivity is manmade. (False)

Electrons are smaller than atoms. (True)

The universe began with a huge explosion. (True)

Biological science
It is the father’s gene that decides whether the baby is a boy or a girl. (True)

Human beings, as we know them today, developed from earlier species of animals. (True)

Whoever made this list does not understand that motion is relative. General relativity teaches that "Earth go around the Sun" and "Sun go around the Earth" are both correct.

I would also re-phrase "The universe began with a huge explosion." We know that the universe is expanding, and that our best model has a big bang at a finite time in the past. But it is possible to believe that the universe existed in some other form before the big bang, so that it might not have started with an explosion. A quiz like this should be based on facts we know for sure.
Posted by Roger at 8:00 AM