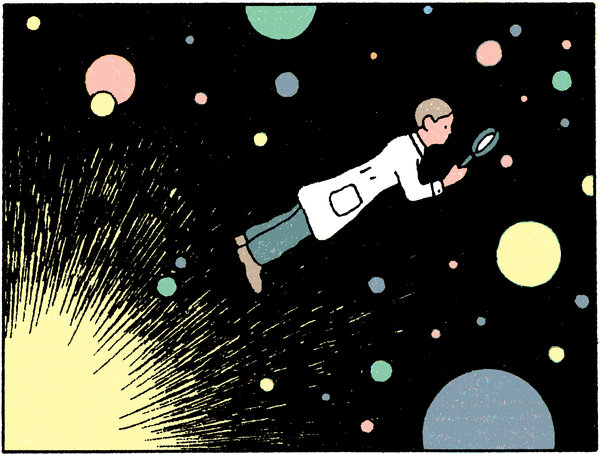 
This is a jubilee year.* In November 1964, John Bell submitted a paper to the obscure (and now defunct) journal Physics. That paper, entitled “On the Einstein Podolsky Rosen Paradox,” changed how we think about quantum physics. ...

But it’s not obvious which contemporary of Bell, if any, would have discovered his inequality in Bell’s absence. Not so many good physicists were thinking about quantum entanglement and hidden variables at the time (though David Bohm may have been one notable exception, and his work deeply influenced Bell.) Without Bell, the broader significance of quantum entanglement would have unfolded quite differently and perhaps not until much later. We really owe Bell a great debt.

No, this is silly. Bell had a clever idea for disproving quantum mechanics. Had he succeeded, he would be hailed as a great genius.

But the likelihood is that dozens of physicists had similar insights, but decided that disproving quantum mechanics was an impossible task. All attempts, including those of Bell, Bohm, and their followers, have failed.


However, I strongly believe that

the fathers of quantum mechanics could collectively solve the particular thought experiment and see the incompatibility of the quantum vs local realist predictions; even without that, the amount of evidence they had supporting the need for the new, quantum core of physics has been overwhelming since the mid 1920s

much of the explicit findings and slogans about entanglement had been known for 29 years, since the 1935 works by Einstein, Podolsky, Rosen; and Schrödinger

most frustratingly, Bell's correct results were served in a mixed package along with lots of wrong memes, unreasonable expectations, and misleading terminology and the negative price of these "side effects" is arguably larger than the positive price of Bell's realizations

He goes on to explain why John von Neumann's 1930 argument against hidden variables is not as silly as Bohm and Bell pretend.

Whether or not you find von Neumann's argument persuasive, the consensus since 1930 has been that hidden variables do not work. Bohm and Bell were just chasing a wrong idea.

The whole idea that Bell's theorem is necessary to understand the broader significance of quantum entanglement is nutty. Entanglement was always essential to multi-particle system, and Bell did not influence that. He only influenced dead-end searches for other interpretations. 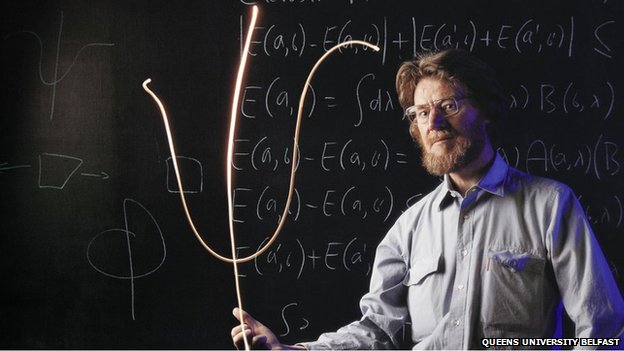 
Belfast City Council is to name a street after John Stewart Bell, one of Northern Ireland's most eminent scientists.

However, his full name will not be used, as the council has "traditionally avoided using the names of people" when deciding on street names.

Dr Bell is regarded as one of the 20th Century's greatest physicists. ...

Bell's Theorem, more formally known as On the Einstein-Podolsky-Rosen paradox, demonstrated that Einstein's views on quantum mechanics - the behaviour of very small things like atoms and subatomic particles - were incorrect.

Greatest physicist? The consensus back in 1935 was that Bohr won the Bohr-Einstein debates.


Bell’s paper made important claims about quantum entanglement, one of those captivating features of quantum theory that depart strongly from our common sense. ...

The key word is “instantaneously.” The entangled particles could be separated across the galaxy, and somehow, according to quantum theory, measurements on one particle should affect the behavior of the far-off twin faster than light could have traveled between them.

No, that would be nonlocality, and that has not been demontrated.


In his article, Bell demonstrated that quantum theory requires entanglement; the strange connectedness is an inescapable feature of the equations. ...

As Bell had shown, quantum theory predicted certain strange correlations between the measurements of polarization as you changed the angle between the detectors — correlations that could not be explained if the two photons behaved independently of each other. Dr. Clauser and Mr. Freedman found precisely these correlations.

The correlations are not that strange. If the two photons generated in a way to give equal and opposite properties, and you make identical measurements on them after they have separated a big distance, then you get equal and opposite results. If you make slightly different measurements, then you get correlations that are predicted by quantum mechanics, but not by hidden variable theories.

He discusses closing experimental loopholes, and then proposes to address superdeterminism:


How to close this loophole? Well, obviously, we aren’t going to try to prove that humans have free will. But we can try something else. In our proposed experiment, the detector setting that is selected (say, measuring a particle’s spin along this direction rather than that one) would be determined not by us — but by an observed property of some of the oldest light in the universe (say, whether light from distant quasars arrives at Earth at an even- or odd-numbered microsecond). These sources of light are so far away from us and from one another that they would not have been able to receive a single light signal from one another, or from the position of the Earth, before the moment, billions of years ago, when they emitted the light that we detect here on Earth today.

That is, we would guarantee that any strange “nudging” or conspiracy among the detector settings — if it does exist — would have to have occurred all the way back at the Hot Big Bang itself, nearly 14 billion years ago.

It is hard to see how anyone would be convinced of this. The problem is that if there is superdeterminism, then we do not have the free will to make the random choices in the experiment design or inputs, and we will somehow be guided to make choices that make the experiment turn out right. We cannot toss coins either, because they are also determined. Everything is determined. But somehow that distant quasar light will be the most random thing we can do.

Aspect says the usual thing that up to Bell, it was a matter of taste whether Bohr or Einstein was right. Well, there was a difference: Bohr actually had a theory that predicted all these entanglement measurements while Einstein didn't have a damn thing – I mean, he didn't have any competing theory. How can a "perfectly viable theory agreeing with observations" vs "no theory" may be "up to one's taste", I don't know. Moreover, it is not really true that it wasn't understood why the predictions of quantum mechanics were not imitable by any local classical theory.

Bell and his followers (like Aspect) successfully revived the Bohr-Einstein debates, but the outcome is always the same. Bohr and quantum mechanics turn out correct, and the naysayers have no substantive alternative.
Posted by Roger at 8:00 AM