No need for quantum interpretation 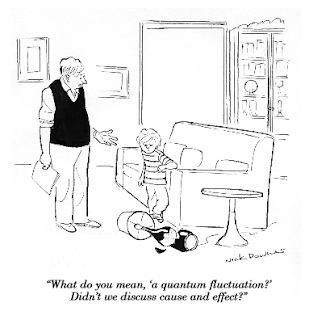 
Recently there has been a spate of articles, reviews, and letters in PHYSICS TODAY promoting various “interpretations” of quantum theory (see March 1998, page 42; April 1998, page 38; February 1999, page 11; July 1999, page 51; and August 1999, page 26). Their running theme is that from the time of quantum theory’s emergence until the discovery of a particular interpretation, the theory was in a crisis because its foundations were unsatisfactory or even inconsistent. We are seriously concerned that the airing of these opinions may lead some readers to a distorted view of the validity of standard quantum mechanics. If quantum theory had been in a crisis, experimenters would have informed us long ago!

Our purpose here is to explain the internal consistency of an “interpretation without interpretation” for quantum mechanics. Nothing more is needed for using the theory and understanding its nature. ...

The thread common to all the non-standard “interpretations” is the desire to create a new theory with features that correspond to some reality independent of our potential experiments. But, trying to fulfill a classical worldview by encumbering quantum mechanics with hidden variables, multiple worlds, consistency rules, or spontaneous collapse, without any improvement in its predictive power, only gives the illusion of a better understanding. Contrary to those desires, quantum theory does not describe physical reality. What it does is provide an algorithm for computing probabilities for the macroscopic events (“detector clicks”) that are the consequences of our experimental interventions. This strict definition of the scope of quantum theory is the only interpretation ever needed, whether by experimenters or theorists.

Fuchs now promotes Quantum Bayesianism, which is essentially the same as the original Copenhagen interpretation.

By abuse of language, a bare instrumentalist description could be referred to as an interpretation, although this usage is somewhat misleading since instrumentalism explicitly avoids any explanatory role; that is, it does not attempt to answer the question why.

This article applies it to the Stern-Gerlach experiment. Sometimes the Ensemble interpretation is said to be the minimalist one, but that does not predict individual outcomes.
Posted by Roger at 8:00 AM